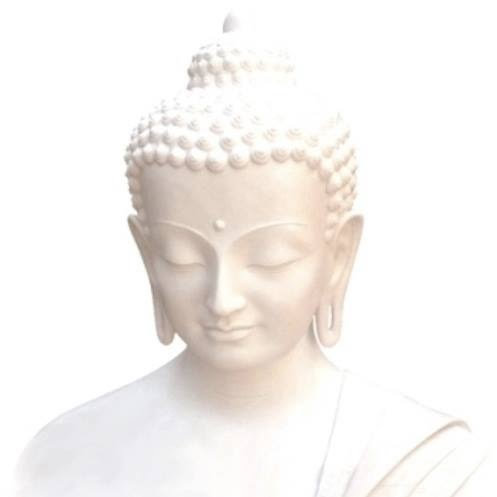 Kadampa Buddhism is a time-honored tradition that for centuries has made Buddha’s teachings and meditation practices available to people throughout the world. Buddhism has a timeless and universal relevance, and can be practiced by anyone in any culture. Through training in meditation and other Buddhist practices you can improve the quality of your life by developing inner peace, compassion, and wisdom.

After Atisha, the Kadampa lineage was passed down through a succession of great Kadampa Teachers including Dromtönpa, Geshe Potowa, Geshe Sharawa, and Geshe Chekhawa. These precious Teachers were not only great scholars but also spiritual practitioners of immense purity and sincerity. They placed particular emphasis on the practice of Training the Mind (Lojong) by which all our daily life experiences, and especially all our problems, suffering, and difficulties, can be transformed into the spiritual path.

The Kadampa lineage passed from generation to generation until the fourteenth century when it reached the great Buddhist Master Je Tsongkhapa. Je Tsongkhapa clarified all the teachings of Kadam Dharma and made them very accessible to the people of that time. In particular, he showed how to combine Lamrim, and Lojong with Mahamudra Tantra in a unified daily practice. Just as the union of study and practice was a hallmark of the early Kadampas, so the union of Sutra and Tantra was to become a hallmark of the New Kadampas, as the followers of Je Tsongkhapa became known.

After Je Tsongkhapa, the New Kadampa lineage flourished for hundreds of years, down to the present day. In recent years, it has been promoted widely throughout the world by the contemporary Buddhist Master, Venerable Geshe Kelsang Gyatso Rinpoche.

Our Founder and Spiritual Directors 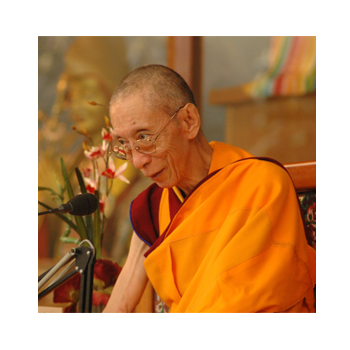 Venerable Geshe Kelsang Gyatso, the Founder of New Kadampa Tradition – International Kadampa Buddhist Union, is a contemporary Buddhist meditation master who has dedicated his entire life to world peace by spreading the compassion and wisdom of Buddha throughout the world. Through the International Temples Project, which he founded, he has created hundreds of meditation centers and Temples worldwide, developed special study and meditation programs, and trained modern Buddhist Teachers in over 40 countries. Geshe-la is the author of numerous highly acclaimed books on Buddhism and meditation that present even the most profound aspects of Buddha’s teachings in ways that are easy to understand and integrate into our busy lives. By applying his teachings to their lives everyone—Buddhist or not—can learn to solve their daily problems, improve their relationships with others, and follow a pure spiritual path that leads to permanent inner peace and happiness. 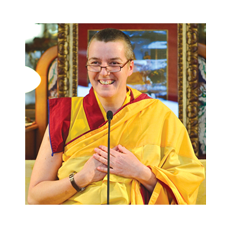 Gen-la Kelsang Dekyong is the General Spiritual Director of the New Kadampa Tradition and the Resident Teacher at Manjushri KMC in England. She is a modern Buddhist nun dedicated to helping people from all walks of life attain lasting happiness through developing inner peace. She has been a student of Geshe Kelsang Gyatso for over thirty years, and she has inspired many thousands of people through her sincere reliance on her Spiritual Guide, her tireless dedication to helping Kadam Dharma flourish throughout the world, and her clear and accessible teachings. 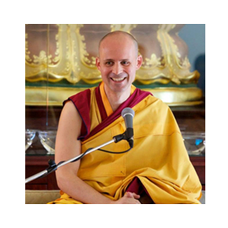 Gen-la Kelsang Jampa is the Deputy Spiritual Director of the New Kadampa Tradition and the Resident Teacher at the International Kadampa Retreat Center in Arizona, USA. He is dedicated to helping people solve their daily problems by developing the capacity of their mind through the practice of meditation and modern Buddhism. Gen-la is well-loved for his clear and inspiring teachings, and his ability to touch people’s hearts through his sincerity and loving-kindness. 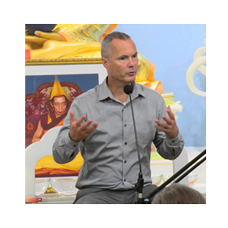 Kadam Morten Clausen is the Eastern US National Spiritual Director of the New Kadampa Tradition and Resident Teacher at the Kadampa Meditation Center New York City. For over 30 years he has been a close disciple of Venerable Geshe Kelsang Gyatso, who gave him the title “Kadam,” indicating that he is a senior lay teacher of the Kadampa Tradition.